DATES, processing, activities and developments
Starting the activity with the name ombd in 1970 as simple turning, entering the first control lathe in the market Reggiano, division of the company the 08-04-1971 was born workshop service Denti Ermanno that continued activity as a supplier of indirect FACOM France, as well as a manufacturer of components for the Sachman machine tools of Reggio Emilia.
In 1976 becomes DE-CA SDF Denti & Camellini, with the entry in the company of his wife Annita Camellini.
At the same time, trying to diversify, exiting the competitive market, began to insert machinery for the thread in behalf of third parties, succeeding in the years, through a continuous evolution of technologies, services and products, to serve customers this with its products in the segments automobile repair shop, bridges lifters, tyre changers, treatment equipment, reducers, offset printing machines, hydraulic motors, civil and military aviation, space, mining and quarrying, machine tools, gauges threaded, tools, machines for wood, electronics, engines, automotive, transport, moulds for plastic.
Customers, with names such as FS, ACT, Ruggerini, Brevini, Roller, OTO Melara, Grandi Motori di Trieste, Werther International, Corghi, HMT, Lombardini Motori, Reggiana Riduttori, Brevini, MEBER, ACM, MABO, Cattani, OMSO, and as a company pilot for the development of new types of machinery for Mannaioni of Florence and utensils for the Impero of Piacenza, reaching the 19 occupied mark some steps company.
In the course of an evolutionary process continuous, already in 1981 has been included in data processing and of production cycles, reducing the workforce, and by increasing the productivity.
In 1983 began building its own stable on area of property.
In 1985 with the entry of the son Massimiliano Denti turns in DE-CA snc of Denti-Camellini & C.
In 1989 to meet most demanding customers, as Bull, Alenia, Ferrari Auto, FIAT, was implemented a department of testing, by reducing the presence in markets less profitable and high production, entering a market of small series high technological contents, achieving a client portfolio of about 300 companies in the national context.
In 1991, the company has acquired additional neighbouring area and immovable property, reaching an area covered 700 m2 on a total of 2200 m2 of property, restructuring in 1996 all the stable and adapt all plants to regulations in force.
In 1997 with the exit by shares of co-founder Denti Ermanno, in the meantime become this in the offices of justice, turns in DE-CA snc di Denti M. & Camellini A. In the years, the lack of skilled labour on the market has been resolved by adapting machinery to its needs and surrendering machinery and equipment not suitable, adapted to the needs of customers, providing equipment, assistance, components and tools, reviewing machinery at the request and by providing assistance on them, for the national market, Japanese, Brazilian and Venezuelan.
In 2002, began the research and development of the products of the line aced, with 14 products on line vehicles approved by civil motorization, 5 on line home and 1 on the modeling, which begins now achieve positive responses from the markets, while they are already in advanced stages of study and testing 5 new products over to a set of advanced equipment always on line ACED.
Today the company continues to serve part of the old customers, converting gradually to the production of the line ACED, with working for third parties and with its products (dispenser for irrigation and crushing for thread grinding). 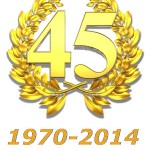 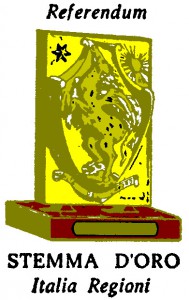